Wi-Fi for AP Lifeboat in a Box 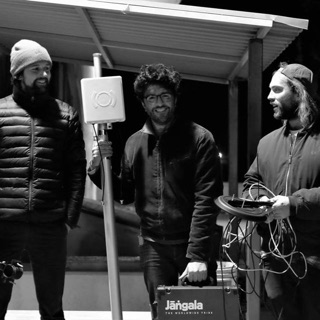 Atlantic Pacific is delighted to announce a new collaboration with the Worldwide Tribe’s (WWT) Wi-Fi initiative Jangala to develop and test Wi-Fi as as means of communicating from AP’s ‘Lifeboat in a Box’ stations to AP boats.

The Jangala initiative began when Richard Thanki, who has been working with Microsoft on Wi-Fi access in rural Sub-Saharan Africa, wrote to Nils O’Hara, one of the founders of the Worldwide Tribe, about the possibility of connecting the Jungle refugee camp near Calais. Samson Rinaldi, who had already been designing and building shelters in the Jungle, joined the WWT’s effort to develop custom power and fabrication. Since then the Jangala team has implemented Wi-Fi systems in vehicles and refugee centres in France and Greece.

Through discussions with AP, the WWT team learned about the problems faced in the Aegean and Mediterranean by boats unable to make contact with both land and other vessels owing to a lack of infrastructure and signal coverage. In response to this the team has been investigating how systems based on Wi-Fi technology could provide both voice and data services without the need for VHF radio licences.

The experiment, which will see a balloon attached to one of our ‘Lifeboat in a Box’ stations, reaching up to 100 meters into the air, will mean that boats that are within sight of the balloon can use Wi-Fi for voice and video communication back to station, internet access and telemetry. The team is currently designing and developing this idea and will be testing the during AP’s summer school in Wales in June 2017.

We hope that this experiment will mean that security standards for sea rescue crew operating in places like the Aegean and the Med can meet those that exist in the UK, and that boats are contactable every 15 minutes (for safety updates) and immediately in an emergency. We also hope that it means boats can be tracked in real time, giving an idea of their location at any time. This technology can then be applied wherever you are in the world.