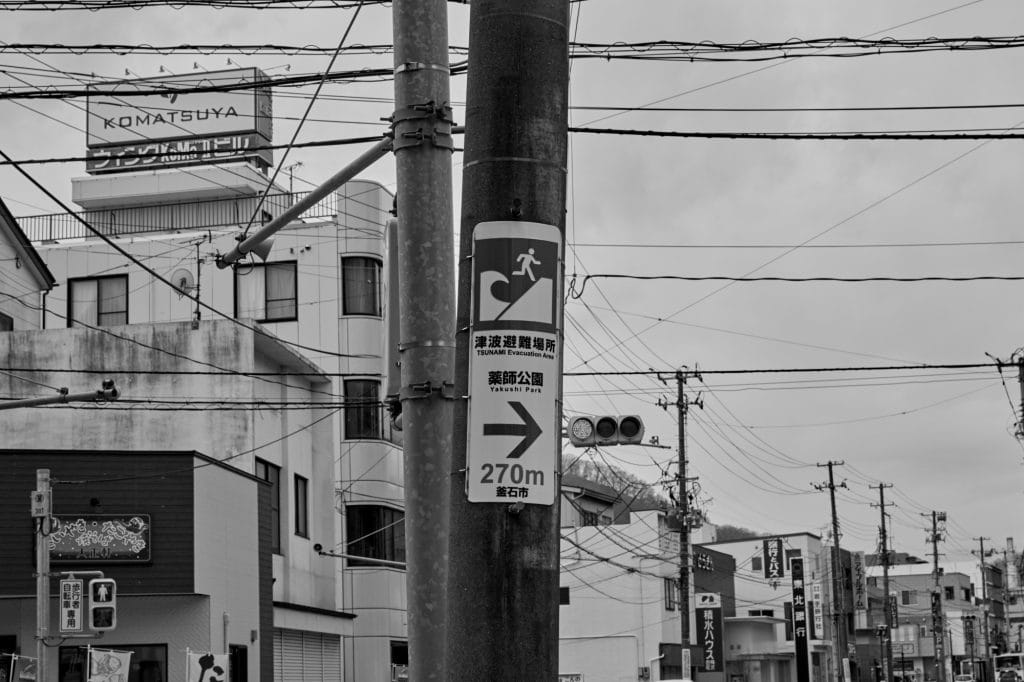 The origins of Atlantic Pacific began in Spring 2014, when Atlantic Pacific Founder, Robin Jenkins, first visited Kamaishi, Northern Japan, and heard stories about how people, who had survived the 3.11 Tsunami Wave, had been swept out to sea and were screaming for help from the ocean.

Speaking about the trip, Jenkins explained: ‘During this stay I heard a story that left a lasting impression. On the evening after the tsunami had passed, the survivors went to look to find others. What they witnessed is beyond most people’s comprehension. During the search, they could hear the sounds of those who had been washed out to sea, screaming and crying from amongst the freezing cold debris. Knowing there was nothing they could do for them, the rescuers remained on the beach listening to the cries fade as they perished.’ ‘I asked them where their lifeboat was only to discover that there is no lifeboat service in Japan.’ 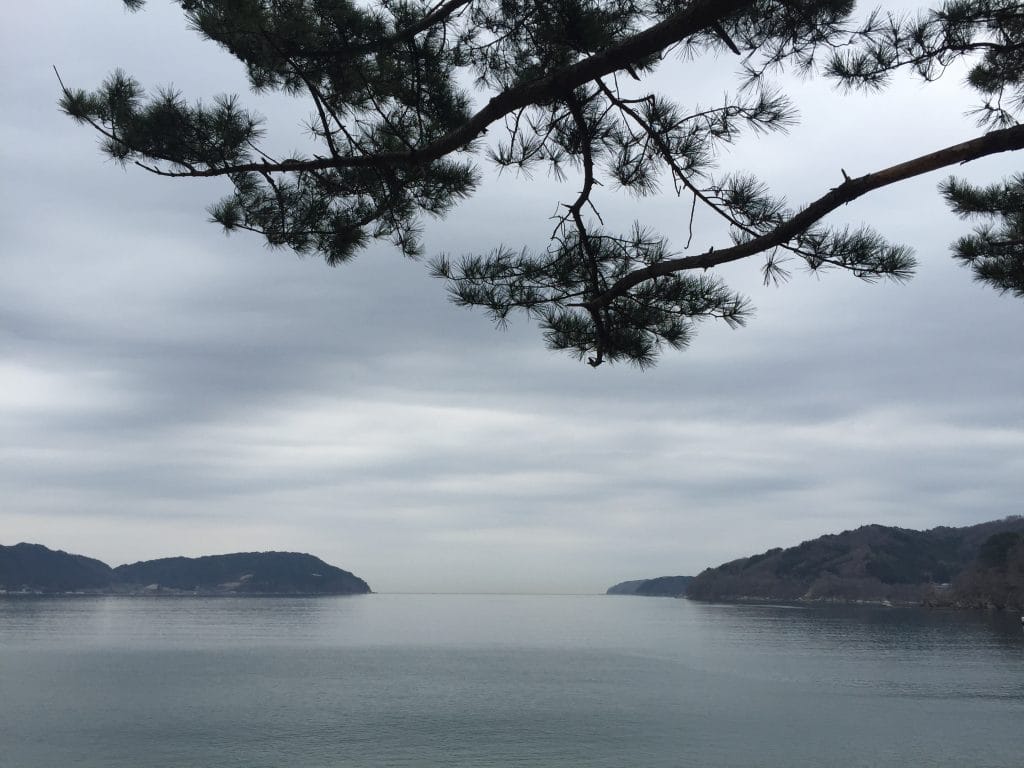 Listening to these stories, Jenkins, who works as a designer and volunteers with the Royal National Lifeboat Institute (RNLI) on the River Thames, considered that if Japan had had a service such as the RNLI, hundreds of lives could have been saved that night:

‘This story unsettled me so much that I began to wonder how to stop it from ever happening again. Unfortunately there is no magic solution. However, taking my design knowledge, experience as an RNLI lifeboat volunteer and my time at the United World College of the Atlantic, I could imagine one way of helping.‘ 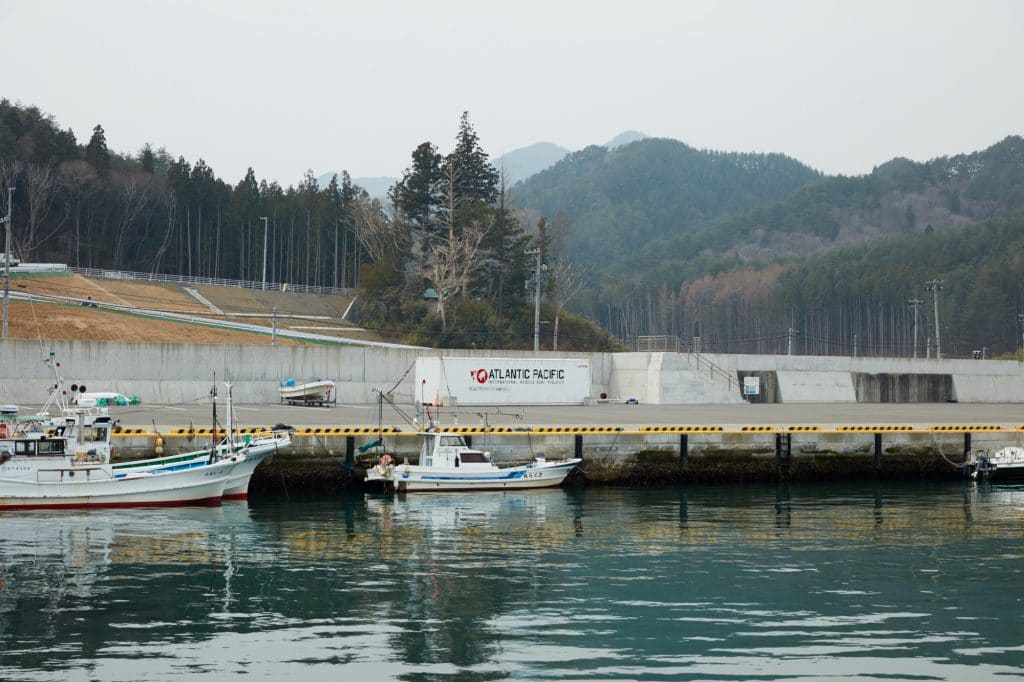 Two years later, in 2016, the first Atlantic Pacific Lifeboat in a Box was delivered to Kamaishi and it is currently operational assisting with the Nebama Bay Triathlon’s to this day. There are five core members of the community who train on the boat regularly together, and also bringing school groups of all ages, the local community and visiting tourists to the lifeboat station to educated people on its existence.

From this initiative, Atlantic Pacific International Rescue was established. Using the knowledge and experience of locating APs first Lifeboat in a Box in Nebama Bay, it became apparent that this asset, training and crew could be deployed worldwide to reduce the global drowning epidemic. 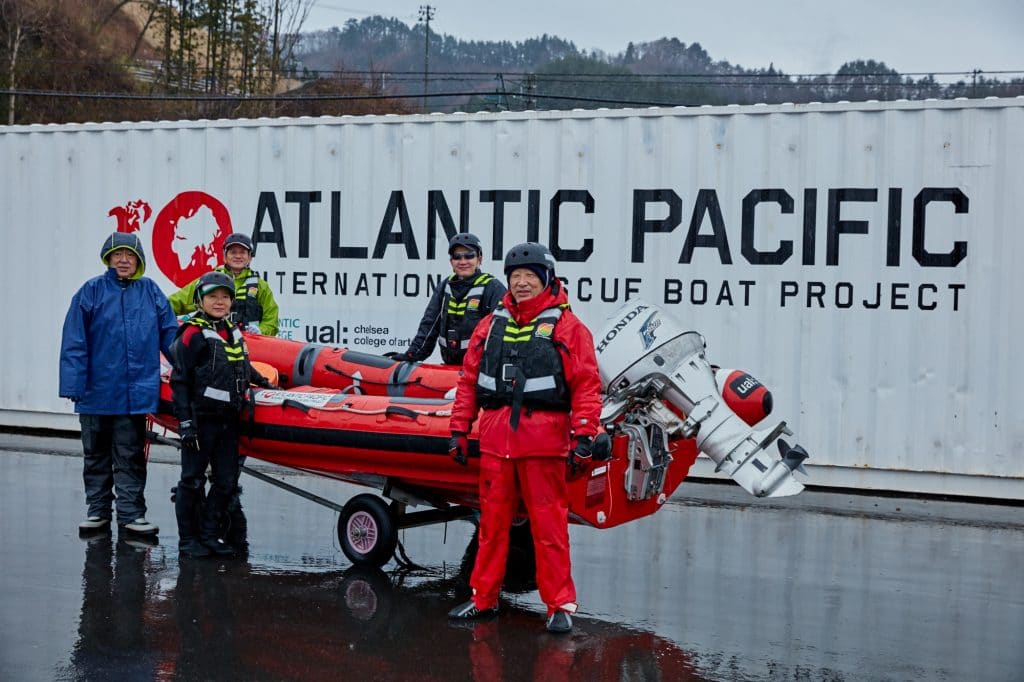 Atlantic Pacific is delighted to have 5 regular crew who train twice a month on the lifeboat in Nebama Bay. The beach is currently closed and so we hope that once it is formally re-opened that the lifeboat service will be fully operational for their summer periods.