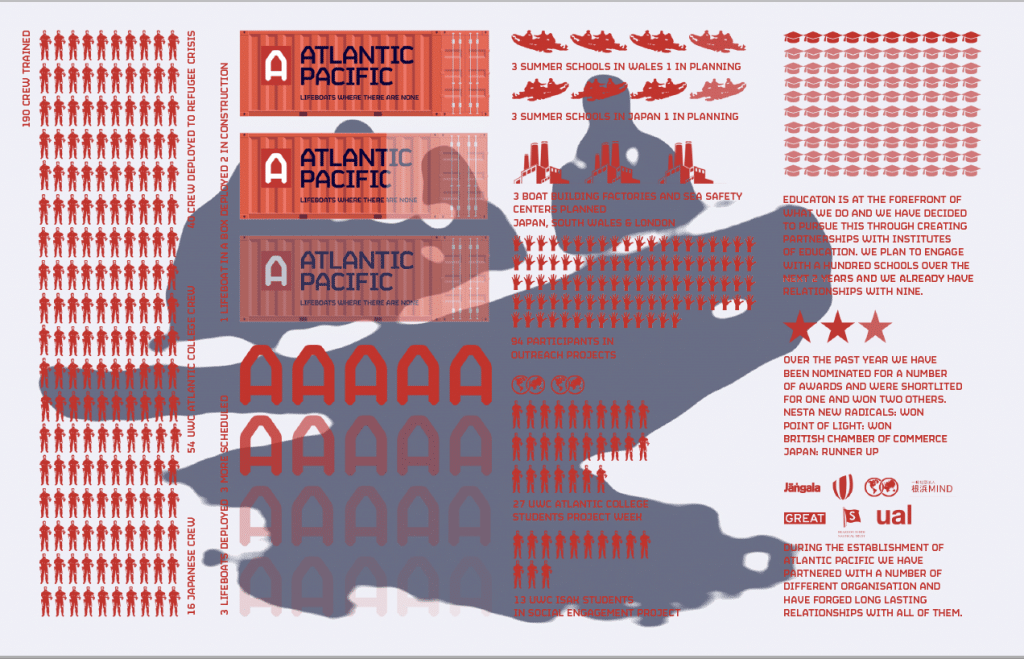 In three short years, Atlantic Pacific has delivered now four summer schools in Wales and three, soon to be four in Japan, which has trained over 190 crew, of which 40 crew have been deployed to the Refugee Crisis in the Aegean and the Mediterranean Sea.

We have built and delivered one Lifeboat in a Box, which is to the Tsunami affected region of Kamaishi in northern Japan and we are currently building our second and third Lifeboat in a Box for deployment to Maputo in Mozambique.

We have built three Hahn Class rigid-hulled inflatable (RIB) boats and are now in the process of developing the design of our next RIB ‘Hahn Evolution’.

We have worked with almost 100 young people through our national and international outreach programmes and run activities and project weeks for 94 UWC students from UWC Atlantic College Wales and UWC ISAK Japan.

We are in the process of developing a space to mass produce boats in South Wales as well as a small factory in Kamaishi Japan.

Our Commitment to the UN Sustainable Development Goals

On 25th September 2015, with the eyes of the world on them, 193 world leaders met in New York to commit to 17 Global Goals for Sustainable Development. These aim to achieve 3 things by 2030; End extreme poverty; Fight inequality and injustice and; Fix climate change.

Atlantic Pacific is committed to the UN Sustainable Development Goals and through our preventative Lifeboat in a Box programme, our rapid response trained crew deployment, our educational outreach and our design an innovation we are working towards helping achieve 8 of the 17 UN Sustainable Development Goals. For more information please contact us. 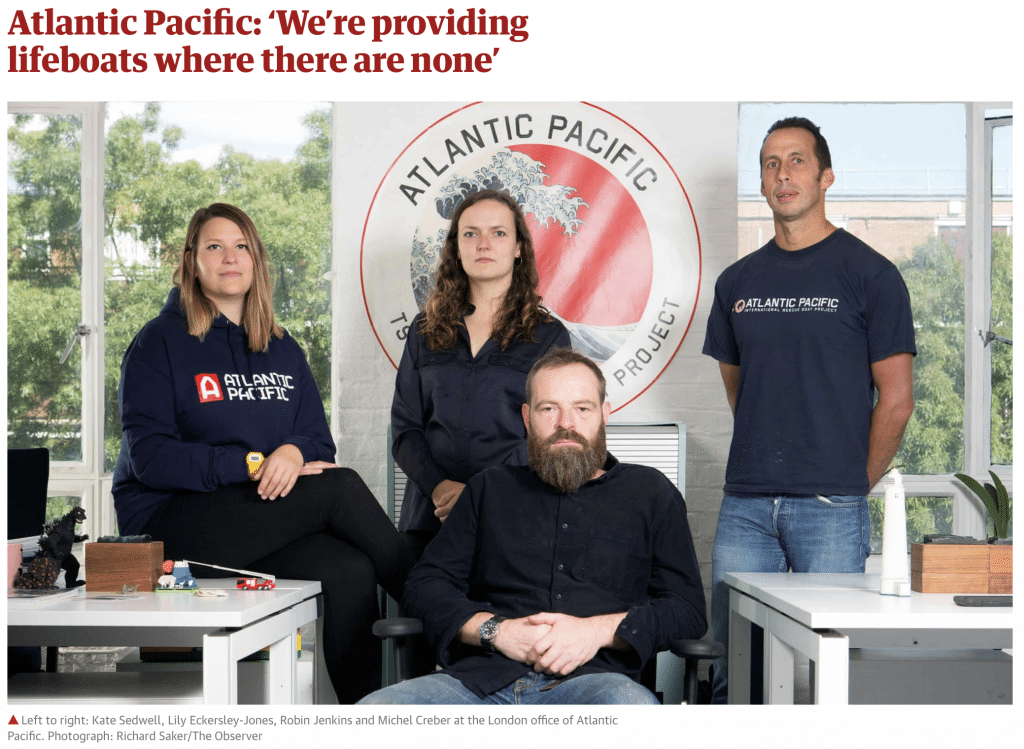 In September 2018 we were delighted to be selected as one of the ’50 New Radicals’  by The Observer, who teamed up with innovation charity NESTA to search for organisations who are actively changing their communities for the better across the UK. 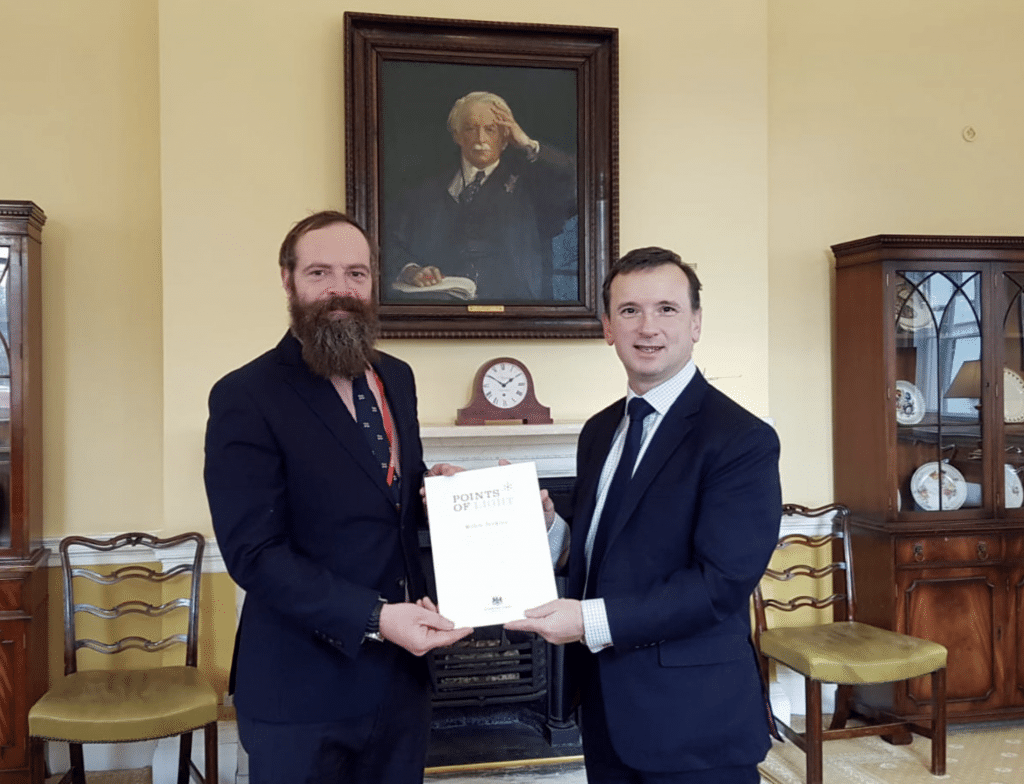 Our Awards: Points of Light

In December 2018, Atlantic Pacific Founder, Robin Jenkins, was awarded the Points of Light Award from the British Prime Minister, Theresa May.

In a personal letter to Robin, Prime Minister Theresa May said: ‘Through your concept of a “Lifeboat in a Box”, you have designed a pioneering model that will protect thousands of people living in coastal communities across the world. Your work bringing together British volunteers and local communities in the city of Kamaishi to lead the first ever community-run lifeboat service in Japan is a truly remarkable achievement.’ 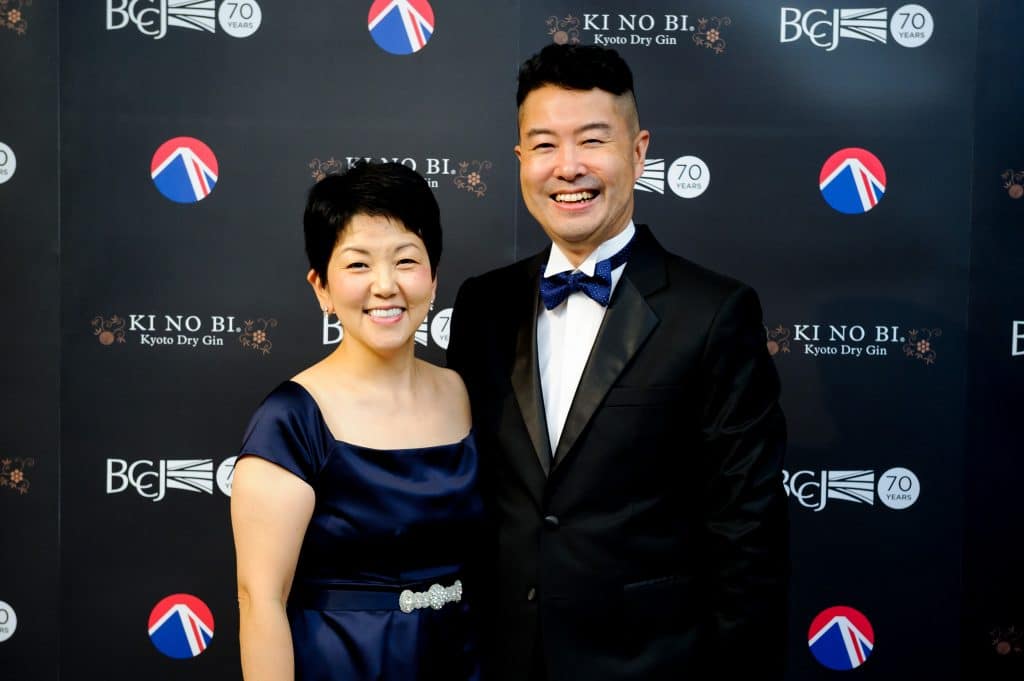 After delivering our Lifeboat in a Box to Kamaishi, Northern Japan, we were delighted to be shortlisted in the 2018 British Business Awards for Social / Environmental Contribution trophy. This category recognised any organisation that had exceptionally driven effective social/environmental programmes or initiatives in Japan over the last 18 months.